On October 27, 2021, OSHA published an advance notice of proposed rule-making to officially start the process of creating a mandatory heat hazard protection standard. Currently, OSHA has only a recommended, not required, workplace heat standard. However, many states have their own heat exposure standard as part of their OSHA-approved state plans.

This standard continues to be in the pre-rule stage and is still under consideration. As OSHA develops more information, the Office of Information and Regulatory Affairs (OIRA) will also make decisions relating to the scope of the standard and the requirements it may impose.

On September 20, 2021, OSHA announced enhanced measures that would better protect workers in hot environments and reduce the dangers of exposure to ambient heat. These measures include implementing an enforcement initiative on heat-related hazards, developing a National Emphasis Program (NEP) on heat inspections and establishing a mandatory workplace heat standard.

Employers should become familiar with the notice of the proposed rule and continue to monitor OSHA communications for updates on the development of the mandatory workplace heat standard.

This notice is the official first step in the process of creating a mandatory heat protection standard. This notice seeks public comment on the information OSHA should consider as it develops the new standard. If adopted, this rule would cover indoor and outdoor environments. Both environments are covered because even though most heat-related fatalities traditionally occur outdoors, heat-related illnesses are still possible in indoor work environments.

Specifically, OSHA is interested in obtaining additional information about the extent and nature of hazardous heat in the workplace and the nature and effectiveness of interventions and controls used to prevent heat-related injury and illness.

According to the Office of Information and Regulatory Affairs, to date, California, Washington, Minnesota and the U.S. military have issued their own heat protection standards. OSHA states it currently relies on the general duty clause (OSH Act Section 5(a)) (1)) to protect workers from this hazard. Notably, from 2013 through 2017, California used its heat standard to conduct 50 times more inspections resulting in a heat-related violation than OSHA did nationwide under its general duty clause. In addition, it is likely to become even more difficult to protect workers from heat stress under the general duty clause in light of the 2019 Occupational Safety and Health Review Commission’s decision in Secretary of Labor v. A.H. Sturgill Roofing Inc.

What the EEOC’s FY 2023 Budget Justification Means for Employers 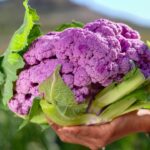 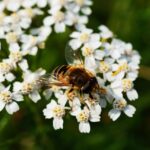